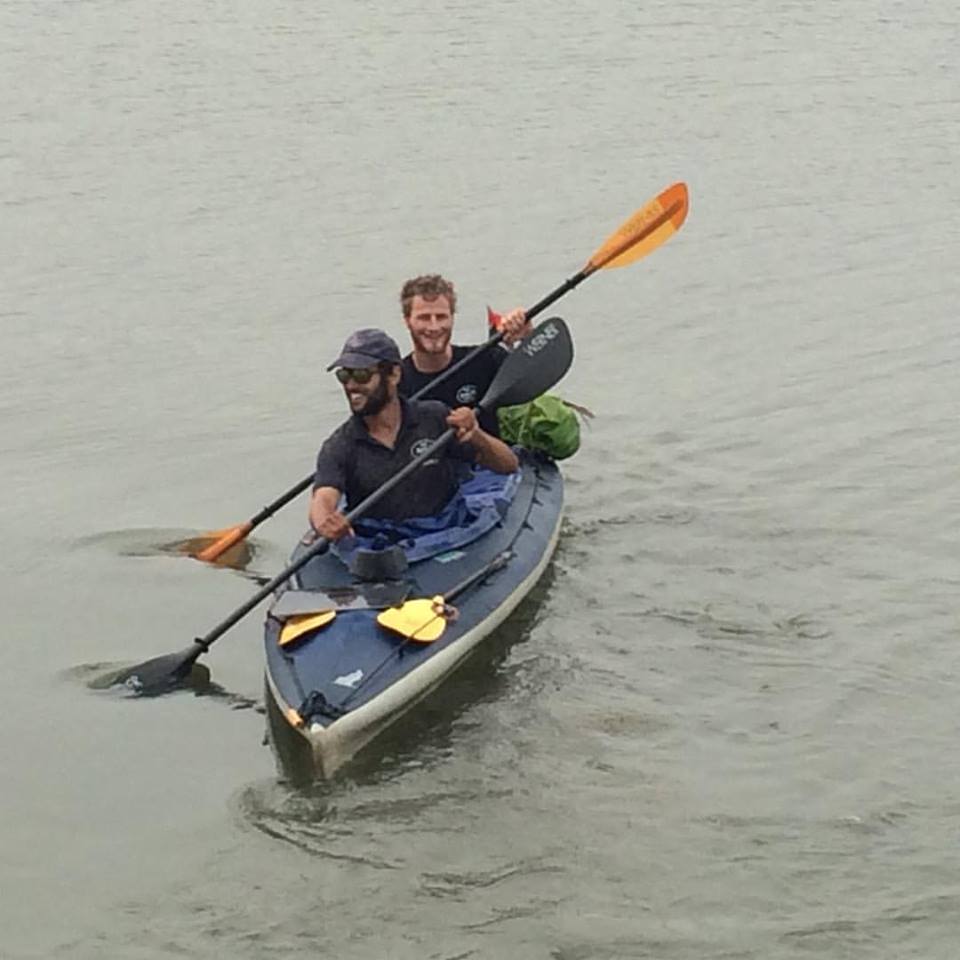 At around 1:30pm on Wednesday 6 July, Alfy and I arrived at the Kwanza Lodge, which sits on the mouth of the River Kwanza. This marked the end of our 1,100km journey, and a great conclusion to a very stressful week!

I will do a full writeup of the issues we had with the Angolan security services later on, suffice to say that on Wednesday 29 June we were arrested at Capanda, and it took us until the afternoon of Saturday 2 July (in Viana, 300km from where we were picked up) to be released from custody with all of our possessions and our passports. Thanks again to the British and Italian embassies for their help on that front.

There was some discussion as to what to do next, but in the end we were not keen on letting the arbitrary and likely illegal actions of a few officials jeapordise the trip. We headed straight back to Alfy’s in Luanda, repacked our bags, and early on Sunday 3 July we drove out to Dondo, to the next navigable point on the river that we had been heading to before our arrest. We kept a low profile and did 25km of paddling on the Sunday, 70km on Monday, 68km on Tuesday then a final 40km on Wednesday, camping in isolated areas and avoiding security forces as much as possible. There were a couple of tense moments heading through checkpoints (which is a bit ridiculous, as we have done nothing wrong, and were even cleared of doing anything wrong earlier in the week), but we could not afford any further delays with Angolan officialdom so best to be cautious. It was three nights of getting munched by mosquitoes, plus the last 20km of the journey were hell, with a strong headwind and some big waves. So big in fact that we nearly sank in the last 1km of the journey. However, we just ploughed on and kept thinking of that delicious can of Cuca beer waiting for us on the finish line!

As soon as I return to the UK on Tuesday 12 July I will begin editing together all the video footage from the trip into a documentary film. We got some great drone footage, as well as hours of HD camera shots and even some GoPro action segments. The footage includes a full, first person perspective of us sinking the Klepper in rapids. Below is a screen capture of the action, which Alfy still refuses to watch because “it was too traumatic”! Looking back, I am still amazed that nobody was injured, especially later on when this wooden barrier collapsed under the weight of the water. 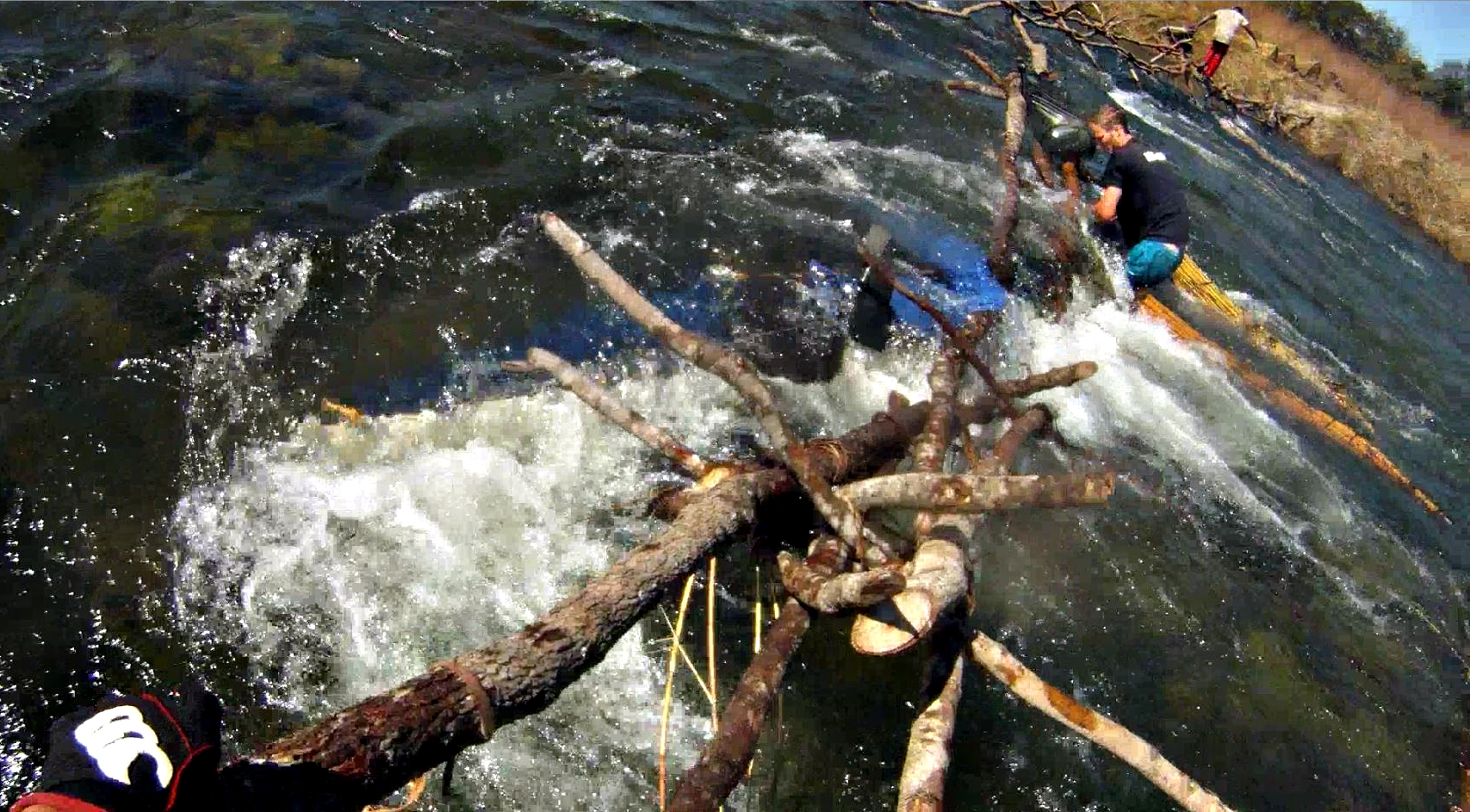 As for the drone,we did not get many opportunities to use it as it was quite time intensive, and after the sinking we ditched it to save weight and avoid breaking it. However, for the short while it was with us, it shot some stunning footage of the Angolan landscape. Here’s one of the drone shots, while we were testing it at the source of the Kwanza: 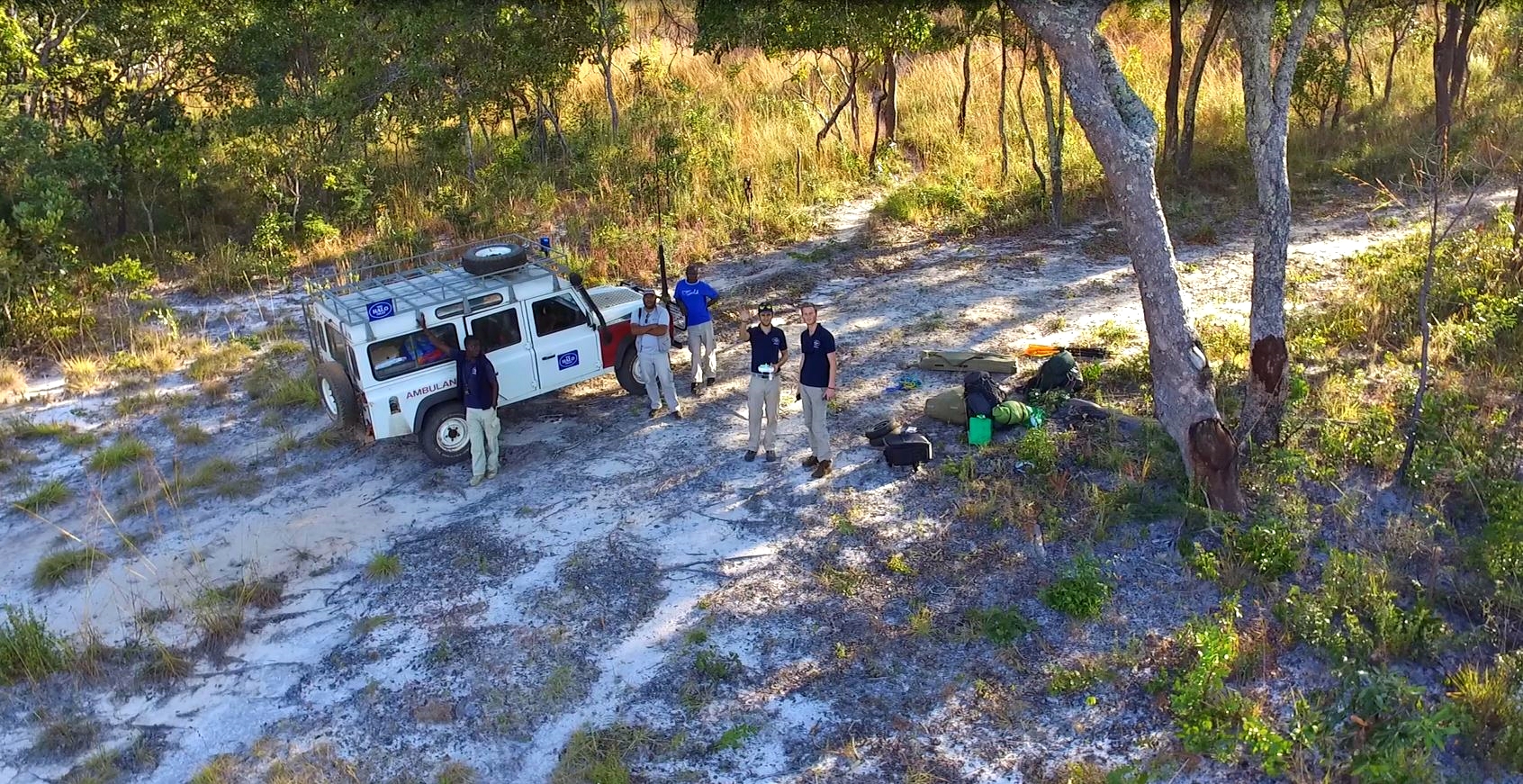 We are in negotiations with various kayak magazines to have our story published, and I have already begun doing telephone interviews (our first ever interview on The Locales Podcast should go live later on today). Whenever anything new gets published about the trip, we will be sure to Tweet about it, as well as linking to it on the website and the Facebook page. You can also expect to see gear reviews popping up from time to time on this blog, which should prove helpful to anyone else thinking of undertaking a journey like this.

Although the trip is now over, we are going to keep the JustGiving page active for a few more weeks. If you have not done so already, please consider making a donation to help The HALO Trust make Angola landmine free: https://www.justgiving.com/fundraising/kayakthekwanza

Right, I am off to eat incredible amounts of food and then get ready to surf Cabo Ledo tomorrow. It’s great to be back in Luanda, but I am excited about returning to London next week!