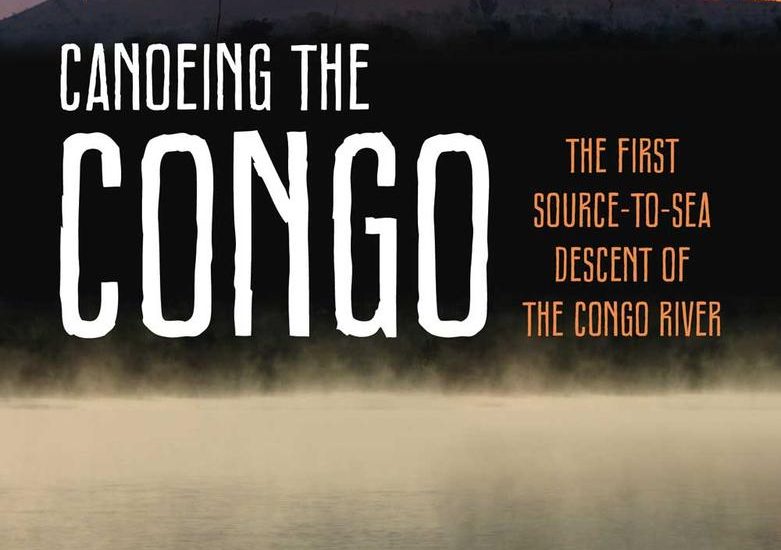 This is the story of the first source-to-sea descent of the Congo River, completed by former Royal Marine Phil Harwood. 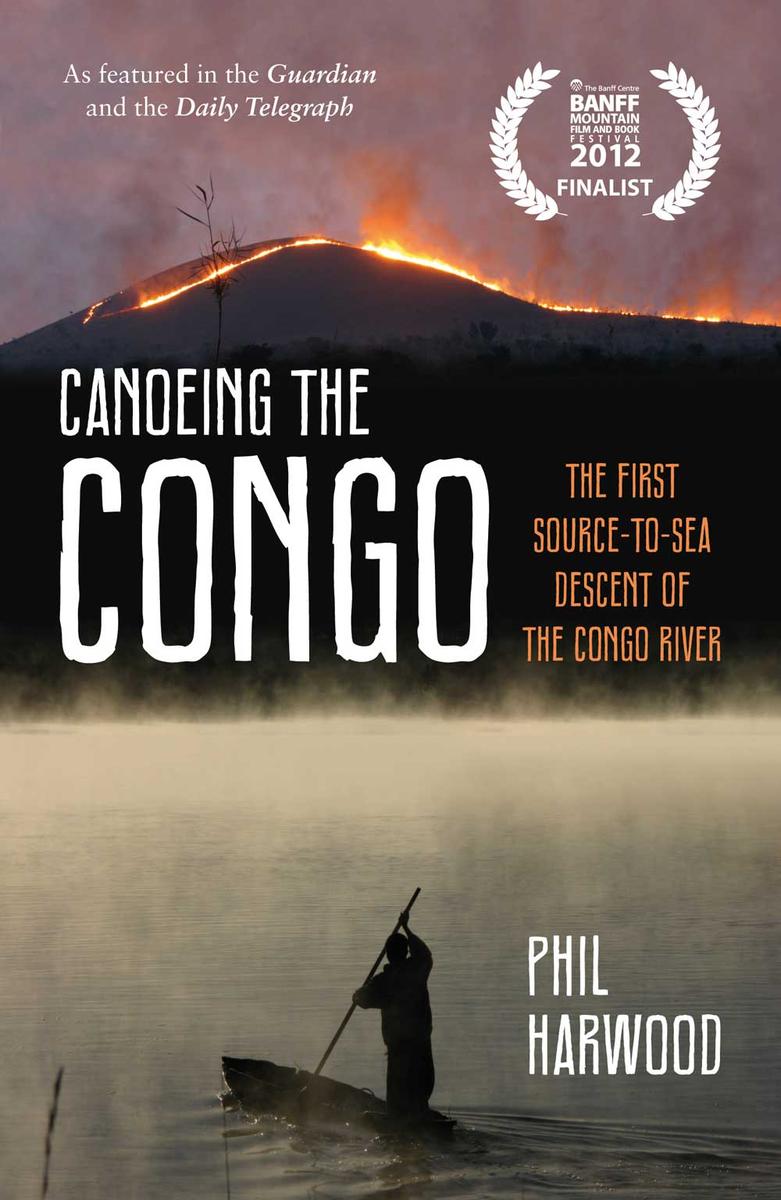 Here’s the blurb from the book:

“Canoeing the Congo narrates the journey of Phil Harwood, who undertook an epic five-month solo attempt to canoe the Congo River in war-torn Central Africa. It was a historic ‘first descent’ from the true source in the highlands of Zambia. Just short of 3,000 miles long, the Congo River is the eighth longest in the world and the deepest river in the world, with a flow rate second only to the Amazon. Along the way, Phil encountered numerous waterfalls, huge rapids, man-eating crocodiles, hippos, aggressive snakes and spiders’ webs the size of houses. He faced endemic corruption, was arrested, intimidated, bullied, chased and he received numerous death threats. He also collapsed from malaria. The people were mostly friendly, however, and Phil received tremendous hospitality from a proud and brave people, especially from the riverside fishermen who helped him wherever they could. On one stretch of river known as ‘The Abattoir’ due to its past history of cannibalism and current reputation for criminal activity, he hired four brothers with a shotgun to accompany him as bodyguards. They paddled and floated for five days and nights on the river. Common questions from locals were, “why haven’t you cut his throat yet?” and “if you don’t want to do it, tell us where your camping and we’ll come and do it for you …We’ll share his money.” It was an exhilarating, terrifying and wonderful journey but Phil managed to survive, despite the odds, to tell his story. Canoeing the Congo will appeal to fans of adventurous travel writing and people who love the nature and wilderness.”

I really enjoyed this book. Firstly, because it tells the story of a truly epic expedition. He covered around 4700km in five months along a very remote and treacherous African river. That in itself is worthy of praise. However, Phil manages to avoid the main element that I find frustrating in the adventure travel genre: hyping up the danger. In fact, without a bit of background research, the casual reader might come away without any idea just how dangerous the journey was. Hippos, crocodiles, rapids, Malaria and political instability all could have brought the expedition to a tragic conclusion, but Phil outlines the risks with refreshing understatement.

I also thought the relationships Phil describes were great. Local fishermen such as the brothers Leonardo, John, and Valatay or aspiring pharmacy owner Janvier really stick in the memory and help to give a voice to these remote river communities. It is a shame that their generosity contrasts so starkly with the greed of the numerous officials that we meet along the way. Having traveled (and been arrested) in the DRC, I can tell that these descriptions of encounters with the military, law enforcement and customs officials and not exaggerations!

There is some justifiable criticism of the role of the international community in the DRC, and a few unsavory characters stand out. In particular, the sleazy expatriate called Pierre he meets at the end of the journey:

“You’re lucky to be alive. These people are not like you and me.”

If you have lived or worked in Africa, these descriptions will certainly resonate, and again, the contrast with the local fishermen is stark.

We hear a little of the tragic recent history of the areas that he passes through, but the history is never intrusive. He has done a good job of condensing a five-month journey down to a 274-page book, with a more in-depth focus on the wild, remote early stages of the expedition. We get snippets of Conrad, Stanley, and Livingstone from time to time, which have caused outrage amongst some commentators. However, I never get the impression that Phil is living a colonial fantasy, or trying to make comparisons between himself and the Victorian explorers. I just think their activities on the river are easy to reference points throughout the journey and serve to break up the journey.

A few online reviewers have commented on the lack of reflection in Phil’s writing. This is something I would partially agree with. One reviewer on Amazon commented:

“Way too often we’re just placed in the back seat of Superman, who looks hard at everyone he meets, shakes hands, gives the poor buggers a bag of rice and refuses to budge when they come crawling out for money.”

I would not go that far, but it would be nice to hear a little more from Phil on how he reacted to some of the challenges he faced, and what was going through his mind at the time. It seems unlikely that there were not more moments of terror or despair, but we do not hear much about them here. Likewise, details on the motivations for the trip are quite patchy. This is a fascinating area that I would love to learn more about.

Overall, this is a highly readable account of an incredible journey. He mentions something about doing the Zambezi next. I hope he does and writes us a similar account to enjoy!